Andy Rachleff, Co-Founder, President and CEO, Wealthfront, in a candid leadership conversation with Bruce Aust, Vice Chairman of Nasdaq and President of the Nasdaq Entrepreneurial Center

Andy Rachleff is doubling down that the future of financial planning and investment management will be completely software-based. And that bet is paying off with Wealthfront, the largest and fastest growing financial services firm of all time. Launched at the end of 2011, Wealthfront has grown to manage over $6.5 billion in assets under management with over 130,000 clients. How? With 90% of their clients under 50, Wealthfront is laser focused on a clear market opportunity – attracting millennials who want the benefits of a financial advisor without having to talk to them.

Andy spent 25 years in venture capital, including co-founding the storied Benchmark Capital, and also teaches entrepreneurship at Stanford Graduate School of Business. In 2008, he went back to the business of building companies when he saw a “once-in-a-generation opportunity to change an industry and building something new, something different, something better.”

A fixture in the Valley with the track record to prove it, learn why Andy believes that product market fit is the real driver of growth and how the most successful companies are able to continually reinvent themselves. Understand how Andy sees market opportunities and what he does to build companies to address the gaps he sees. And hear why he couldn’t stay away from the day-to-day at Wealthfront, returning as CEO last fall after two years out of the c-suite. 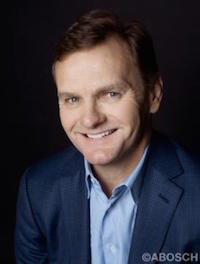 Andy Rachleff is Wealthfront’s co-founder, President and Chief Executive Officer. He serves as a member of the board of trustees and vice chairman of the endowment investment committee for University of Pennsylvania and as a member of the faculty at Stanford Graduate School of Business, where he teaches courses on technology entrepreneurship. Prior to Wealthfront, Andy co-founded and was general partner of Benchmark Capital, where he was responsible for investing in a number of successful companies including Equinix, Juniper Networks, and Opsware. He also spent ten years as a general partner with Merrill, Pickard, Anderson & Eyre (MPAE). Andy earned his BS from University of Pennsylvania and his MBA from Stanford Graduate School of Business.