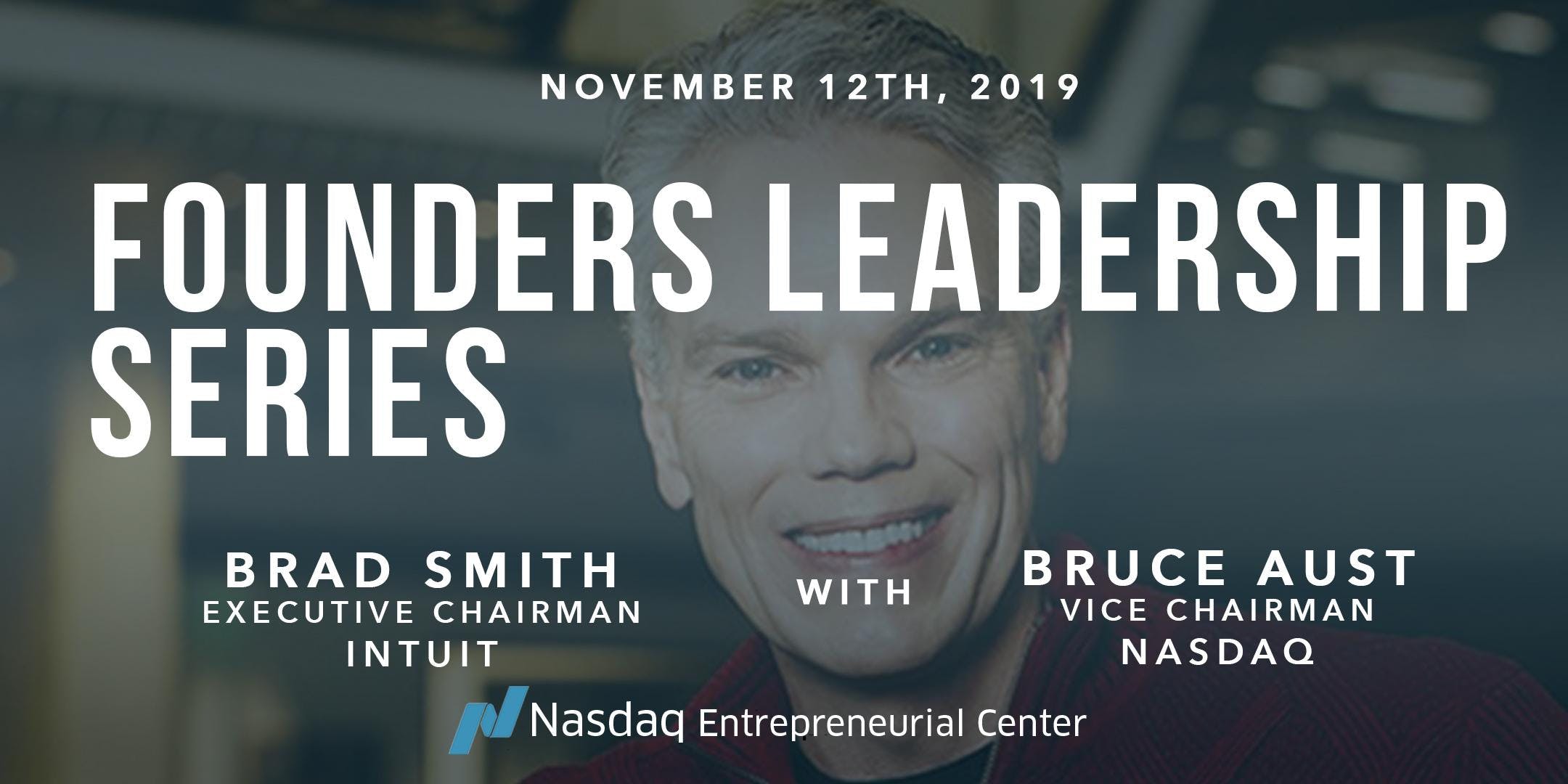 Join Bruce Aust, Vice Chairman of Nasdaq, for a fireside chat with Brad Smith, Executive Chairman of Intuit. Brad’s time at Intuit brought him all the way from leading Intuit’s Accountant Central community, to being named president and CEO in 2008. As CEO, Brad successfully led the company’s transition from a desktop software company, to a cloud-based product and platform company. In this transformation, Brad helped raise the company’s market cap to nearly $60 billion while still maintaining a supportive and empowered workplace culture. Smith understood the power of any company is its people, and is often says, “If you want to go fast, go alone. If you want to go far, go together.”

In this candid conversation, learn how under Brad’s leadership, Intuit doubled its revenue to nearly $6 billion. You’ll learn the strategies and tactics that he applied to lead the company to where it is today, along with his views on effective leadership, and so much more!

The Founders’ Leadership Series is a movement by leaders for leaders that gets to the heart of the drive, ambition, and skills needed to overcome challenges and fuel a personal journey to success.

Space is limited; please RSVP to ensure your spot.

Brad Smith, Executive Chairman to the Board, Intuit

Brad Smith is executive chairman of Intuit’s board of directors. Smith served as Intuit’s president and chief executive officer from 2008 to 2019, where he successfully led the company’s transformation from a desktop software company to a global, cloud-based product and platform company. He has been a board member since January 2008 and became chairman of the board of directors in January 2016.