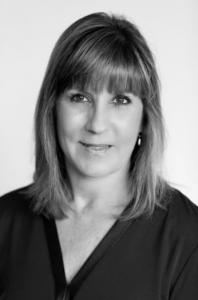 Michelle Di Gangi joined San Francisco based Bank of the West in 2008 as Executive Vice President, Head of Small and Medium Enterprise Banking. She manages small and medium-size business banking activities across Bank of the West’s 19 state footprint including Business Banking activities, SBA lending, SME Construction Lending, underwriting and loan operations, and strategy for distribution through the bank’s retail banking network.
In 2016 and 2017, Di Gangi was recognized as one of the Top 25 Women to Watch in banking by American Banker as part of its prestigious Most Powerful Women in Banking and Finance program. In 2014 and 2017, Di Gangi, along with nine other female Bank of the West executives, also received a Top Teams award from American Banker. In addition, the San Francisco Business Times recognized Di Gangi in its 2010-2017 lists of the Bay Area’s Most Influential Women in Business.

Di Gangi has over 25 years of experience in commercial, small business and business banking strategies, credit administration policies and procedures, and direct management of commercial and business banking. Prior to joining Bank of the West, she was executive vice president and director of commercial banking at Greater Bay Bancorp, in East Palo Alto, Calif. There she was responsible for building and leading a team focused on finding new lending opportunities and other business development initiatives.